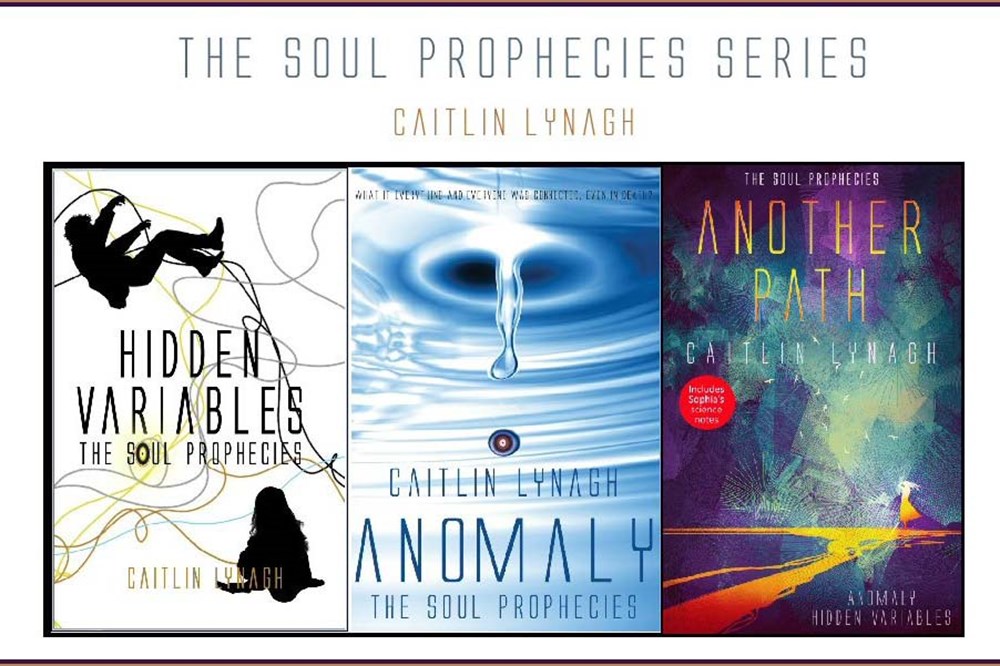 Book 1 and 2: Anomaly and prequel Hidden Variables – collectively, Another Path

The Soul Prophecies explores the evolution of the soul from planet Iyeeka, three-hundred million years ago, to the birth of human, and ultimately artificial intelligent souls, in the near future here on Earth. Throughout the series we discover how all events in the universe and everything that happens is connected. The series explores the science through the idea that time itself is another dimension containing information about all the possible states of existence at any given moment in the future. With guidance from the prophecies of an Iyeekan scientist all the old world souls have to guide humankind, and any wrong decision could have disastrous consequences for both life and what lies beyond.

Present day foundations are set in Anomaly and Hidden Variables (collectively, Another Path). We learn how everything is connected and decisions made by a few can affect so many – and ultimately the fate of mankind. Human souls, with guidance of ancient souls from another planet millions of years in the past, help steer the living to make the right choices and to evolve the conscience – and ultimately the soul. Mankind can learn from its mistakes and avoid the fate of the old world.

Lost Frequencies is set three-hundred million years in the past, on Planet Iyeeka, but is connected to Earth and humans culminating in the birth of the human soul. The book follows thirteen wise individuals struggling with the demise of their planet, riddled with climate issues which have been caused unknowingly by its inhabitants over the centuries. They come together and journey to a town, lost to the desert, home of a scientist who prophesised the end of their civilisation and the beginning of a new one.

Quantum Messenger is set on Earth, forty years in the future, and culminates in the birth of the soul of artificial intelligence. It’s not just the popular trope of evolving consciousness it’s about the soul itself. Apollo is an AI Personal Assistant who attempts to understand human behaviour and emotional feelings. There are elements of profound existentialism and hope to avoid a dystopian future.

All books, though connected, are independent and can work as stand-alone novels even though some characters crossover the series.