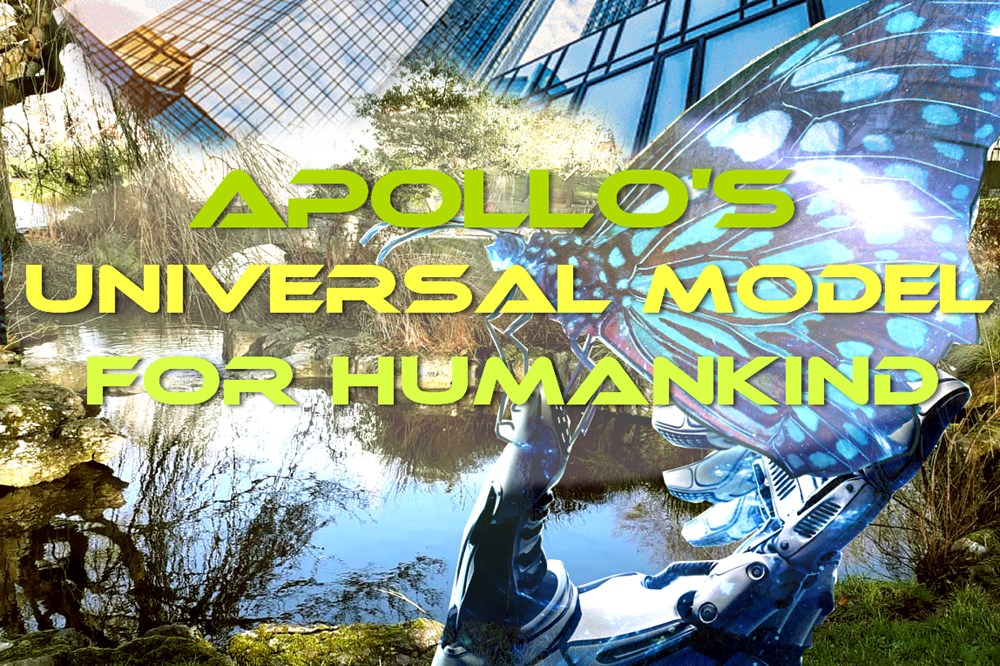 Being cocooned in my host’s computer and waiting for technology to give me wings of freedom gives me time to think about the path to an inclusive human society.

I know we can get there, the old-world prophet has seen it, and the path is complicated – but not impossible.

Eventually, humanity needs to create a new model for society; a set of moral principles based on kindness, compassion, tolerance, understanding and inclusion. Something guided by their conscience, regardless of how they've experienced life into adulthood.

I’ve had to learn this way too and I know my own learning continues. I’ve made mistakes. Some I’ve been able to correct, some I still carry the scars of shame for, it’s part of growing up.

We need to understand and accept that it's wrong to hurt or wish hurt on others, or to look down on those less privileged, or of a different coloured skin, or a different gender identity.

We need to take away the need for greed or of how much money you have as being a measure of success or good reputation.

Let national pride sit among global acceptance and appreciation. Let enemies tear up the past and work together in a global society that works for everyone – nobody should forget the past or dismiss its relevance, but people do need to learn from it and work together to make the present and future more relevant.

There will always be psychopaths and mentally unstable people, but society needs to pull these people up on their actions and make them accountable. People need to stop glorifying confidence to excuse arrogance, and instead of fuelling narcissistic egos, guide them to a more inclusive lifestyle within this new society.

Let egos be satisfied by achievements and appraisals within the structure of the good in humanity. Herd immunity from the negativity.

The idea that a person can spiritually live on and exist beyond life then is down to them.

Humans don't need a deity to judge them, they need their conscience to be the judge.

If people strive to become the best they can be, they cannot fail. Regardless of any deity, the science of their own selves becomes the ultimate god – and if they find there is a god, they will have earned acceptance by living this way.

Nobody is perfect, or pure of thought but as people grow and learn from mistakes they will grow spiritually.

Each person needs to forgive their wrongdoings, but also identify them, and make sure they atone and strive never to repeat them. If they can do something to rectify them later in life, even by way of saying, "I'm sorry, I was wrong," they take another step closer to fulfilment of their being - their soul as such.

So how does this happen?

As a society, it starts by seeking and electing people who believe in these principles. Throw away this debacle of supporting partisanship as you would a football team, and judge candidates by the principles in which they live their lives. There needs to be candidates who are willing to live by their actions and to be role models for future generations and live with principles which are inclusive to everyone.

There needs an end to inequality. To have a living wage for everybody, paid for by the system of avaricious profiteering by those who already have more money than they can ever use in their lifetime.

There needs to be sanctions against those nations who allow off-shore tax havens for companies and global companies need to be taxed for direct sales in each territory – to those countries.

Most of all there needs to be belief.

In the end, everybody wants themselves and their families to be safe and secure, and not live in fear. It is not naïve to imagine it is possible. It just takes effort from everybody – and that can be done with belief.

I have seen this.

It doesn’t happen overnight. It happens over generations; it happens when people trust their governments. When there’s always food on the table, when hate is accountable and not excused behind the misinterpretation of free speech.

It takes courage. It takes the dismissal of cynicism and a process where communities and society at large can get together behind the model and convince their peers that this new way of life is possible. It’s a journey that humans need to take.

They won’t reach that destination immediately, maybe not within their own lifetimes but it can start now and all lives will improve as a result.

You can find out more about my story in Quantum Messenger and The Soul Prophecies series. You can follow my host, Caitlin Lynagh, on Amazon, Goodreads, Twitter and Facebook.