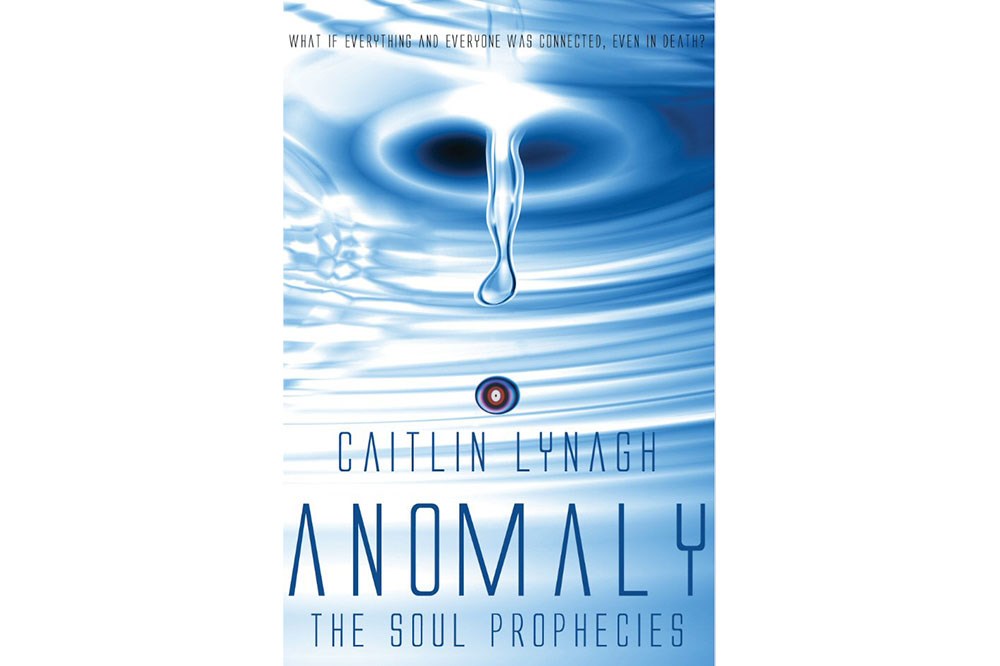 What if one person’s choices could change the world?

Alice and Kyle were meant to be together – will their connection have the power to go beyond life itself ?

In Caitlin Lynagh’s young adult fiction novel, Anomaly, Alice Lynam has been dead for two years. The afterlife is complicated, time behaves differently and the deceased souls have important information concerning humanity’s future. Certain individuals are set to change the world and Alice’s childhood sweetheart, Kyle, happens to be one of them.

However, Kyle’s grief has set him on a path that can only bring frustration and unhappiness. On Kyle’s twenty-first birthday, he receives an unusual notebook which once belonged to Alice. Kyle discovers that two pages are missing, and after a freak accident followed by many strange occurrences, Kyle is forced to revisit his past and concludes that his life is not as coincidental as it seems. Alice needs to find a way to get through to Kyle and place him on the right path. If she gets it wrong, all could be lost...

Anomaly is a young adult, paranormal romance that draws upon both science and religion. Anomaly’s moralisation is centred on the choices we make when young people move into adulthood. Interestingly, the science does not dismiss the principles of faith but neither does the moralisation disrespect the science, making it a fascinating read for both young male and female readers alike.

“Reading ‘Anomaly’ made me feel genuinely happy. There’s an inspirational message at its centre and the rich language, three dimensional characters and stunningly unique ideas help to bring this message to the surface.

I would recommend this book to anyone who would like to try something new and genre-bending. It was the best book I’ve read in a long time.”

“I couldn’t find the right words to describe such amazing book like this… I’ve been speechless since I finished it yesterday. I’ve been up all night thinking how would I review it. I still suffer from “BOOK HUNGOVER.” All I can say is that, this work is full of amazing stuff.”

“Anomaly is a book that manages to avoid the dangerous trap of the paranormal genre and create a story that is engaging and entertaining, whilst still being more than a little unnerving at times.”

“Lynagh has navigated a controversial subject with a balance that respects faith and science without being in-your-face. In fact, the moralisation is founded healthily on common sense. Anomaly has a unique innocence too. I don’t know if that’s because it’s written for a teen audience or if that’s the something that I’m picking up on in reading the book. It’s refreshing. It’s not overly sentimental, there’s no love triangles, no grand Hollywood moments, no cringeworthily sex scenes and yet plenty of action, plenty of existential reasoning and a very clever and realistic plot.”